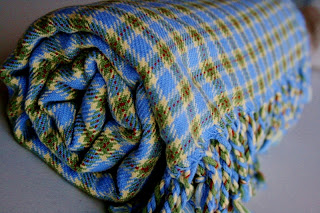 Well, it was originally scheduled for tomorrow, but then changed to today so I decided to schedule this post for midnight!  Too bad I will be fast asleep, but other people around the world will see it at "normal" times!!

Anyway, I can hardly contain myself because I'm excited to show what I've done but I'm also super excited to see what everyone else has done!!!


Okay, to get started, here's the six pictures I was sent by Judy in Australia.  I could imagine myself using any of these beautiful pictures.  In fact, I have ideas to work on for future projects based upon these pictures. 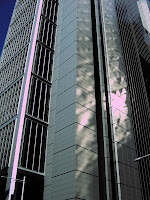 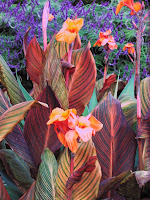 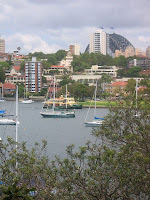 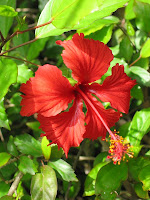 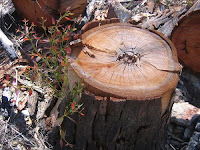 The very first picture to catch my eye was the seaside picture.  It's so relaxed, and so tranquil.  But at first glance it's almost too relaxed and tranquil.  Right away after P2P2 started, I felt incredible pressure within to make an extraordinary super-high energy project that would push my 8-shaft loom to the max.  I wanted color, and lots of it.  I wanted something obnoxiously complex, and mind-boggling difficult.  I wanted to push my skills and color load to the max.  I became drawn to the garden picture because of its bright colors and interesting lines happening in the picture.  I instantly thought of doing a double weave blanket.  However, looking back I realize that this was WAY too much for me to do in our time period.  I would first have to experiment and learn about double weave before I could attempt something like that.  And time is always ticking. 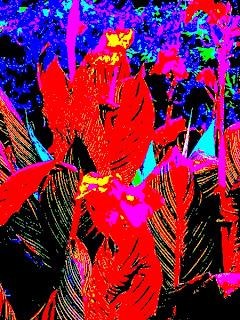 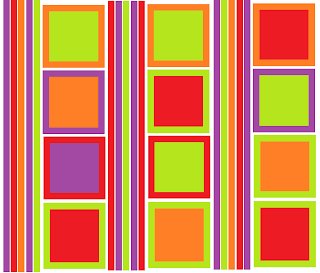 Then I got this idea to investigate complex twills to go with the garden picture.  However, when I started designing with one, I noticed it had a 13-thread floater in it, and someone suggested turning it and making into summer and winter.  I realized right away that I am lacking in those skills and besides, it just wasn't feeling right.  Even though I loved the high energy in the garden picture, I kept getting drawn back to the tranquil seaside picture.

The seaside picture was relaxed.  It wanted something a little bit more cozy, simple, and strait forward... one of those lazy, brainless weave.  And in this day and age, sometimes simple IS better.

At first glance, I could see myself sitting on a lovely park bench enjoying the scene under a lovely plaid blanket on some cool, crisp autumn morning.  And the idea just stuck so heavily that I couldn't forget the image.

It was almost enchanting how it stuck with me all the time.  I really kept trying to play with something that had wild colors.  I'm a sucker for wild colors!  I tried messing with this picture's colors to get what I wanted.  But that was the problem, I was trying too hard to manipulate the picture to get what I wanted instead of having the picture bend and mold me into something that it wanted to be.

From the start of this design, I saw a plaid.  I just needed to narrow in on what kind of plaid.  I wanted (or the picture wanted?) the colors to come from the original overall tone.  So I started with a simple plaid.  The cream and green and blue were so good together, but it didn't account for the overall tone of the picture.  The original picture almost has an overcast feel to it. 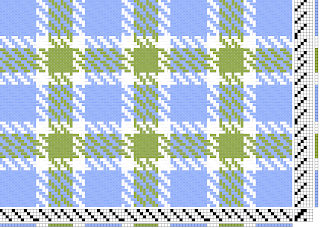 This yellow seemed to solve that problem well.  But then I was missing something for those little copper roof-tops you see scattered throughout the background. 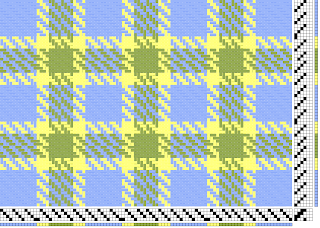 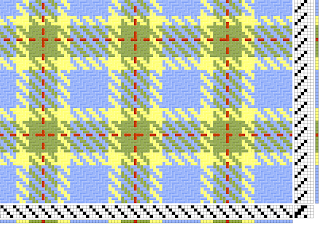 But just out of curiosity, I tried off-white again in place of yellow, and it didn't feel right. So definitely the previous one was going to be my plaid! 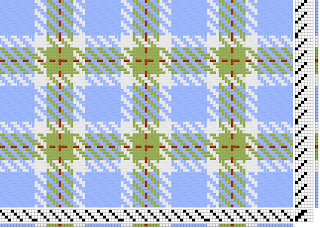 Starting the project was a bit messy.  In fact, it kind of stressed me out at times.  I even measured out too much blue warp and had to set it aside for another time.  At this point, my loom constantly looked like a rat's nest.  My mom was over at my house at the time and I felt her starting to tense up about this project when it looked like this.  But "no worries, mate"... 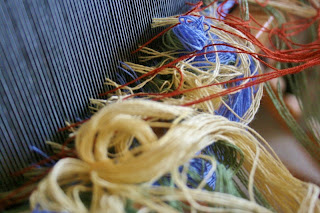 As I got it all threaded and put into order, suddenly it started to become more peaceful and organized. 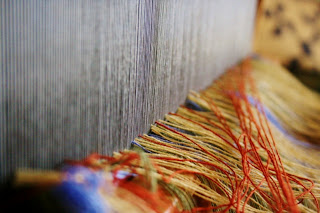 It felt so good to start to see those stripes appear! 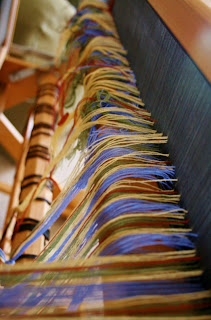 One of the things I love about weaving is how organized it both looks and feels.  Each thread here is just held by friction, but they are all going where they need to go.  It's just so beautiful to feel and see! 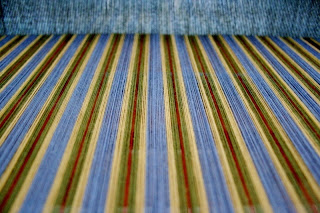 And I remember that super relieved feeling when suddenly it looked like it was supposed to! 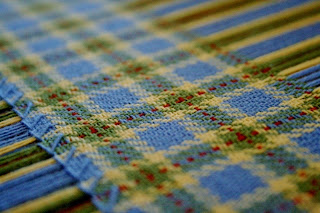 I'm glad I stuck with the plaid.  I almost chickened out at the last minute and wove stripes, which would have also been pretty and a lot easier than a 4-color change plaid, but I think I still like the plaid a lot more!  Plus, it was what I first saw in my mind when I was looking at the sea picture.  Then later when my husband made the discovery about all the right angles, it really  made sense. 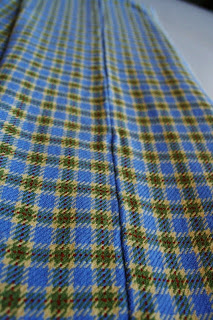 When the fabric came off the loom, it sewed together so easily.  However, I did had trouble matching up the plaid segments, but I think it would be nearly impossible to match up lines in any handwoven project that was woven over 3 weeks of time. The tension would just be impossible to keep perfectly consistent.  The plaid washed up beautifully, and made the softest material I have ever felt come from my loom!  The material also feels nice and hardy, perfect for those crisp mornings.  My husband immediately claimed this blanket as his as soon as it came out of the dryer.  He says I can use it every now and then...


So... where do I want to go from here?  Well, I want to try some of these other complex ideas I was inspired by but too afraid to do on such a small time scale.  For example, I want to try some double weave to get the idea from the flowers out.  I also want to try a twill I was playing with that had too long of floats.  After those projects, I may go back to my original list and pick out a few more to do.  I had some cool ideas for each picture and would like to explore more of those along the way, without a time limit of course. 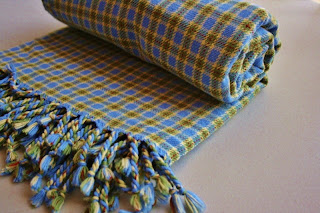 But for now, I will imagine myself at this beautiful location at the seaside somewhere half way across the world in Australia.  I will be the one on the park bench just behind the bushes snuggled up with my beautiful plaid blanket on a cool, crisp autumn morning.... with work long behind me. 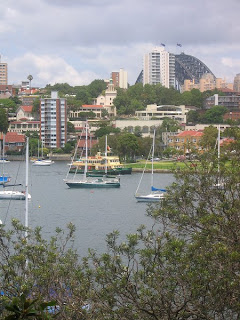 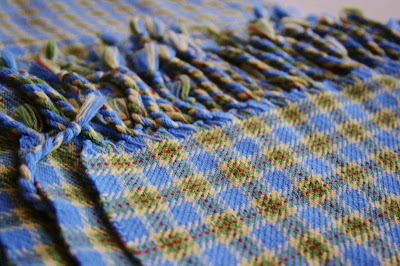