I think I'm already 1/4 of the way done!  Well, maybe that isn't saying much considering I'm aiming for 16 stripes! 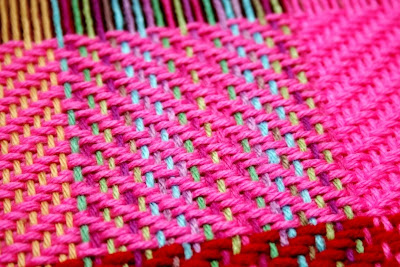 Here's a pic to give you an idea how big each square is going to be.  They are about 3" square. 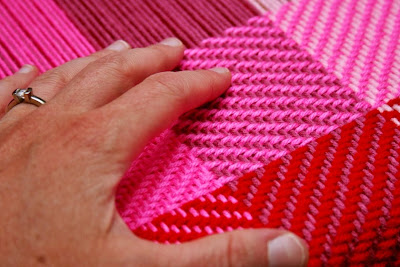 Once it's off the loom and washed up, some of those weird zigzaggy twill lines will relax and even out.  They are very apparent from here though! 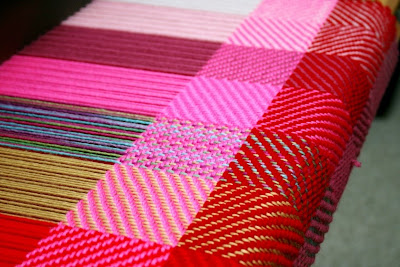 I'm trying really hard not to squish it down too much, but it looks a little weft heavy.  I might have to relax a little bit more.  Once it's washed though, so much magic happens.  It really changes and looks a lot better after a good washing! 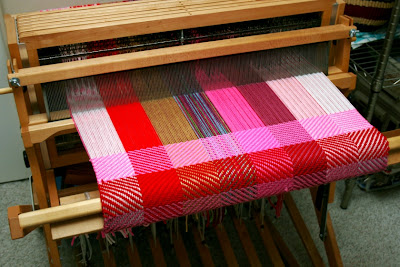