I found this hat tutorial for an "Eddie Cap" and decided to make one fun-sized!  This tutorial didn't include one for infants, but using a little bit of math I was able to figure it out.  I like it a lot! 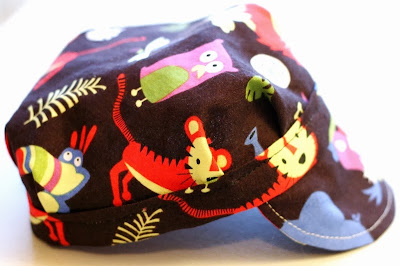 It's really cute!  I want to make another one out of handwoven fabric! 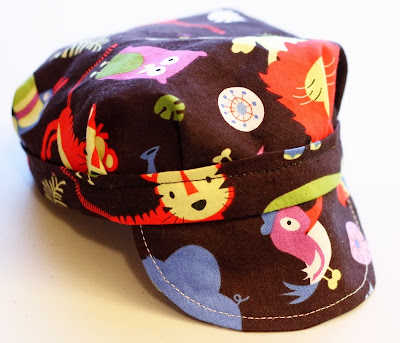 According to my predictions and math calculations, it "should" fit!


Here is the prototype I started with.  I used not as great fabric just to make sure it worked!  I still like it a lot!  I accidentally made the seams 1/4" in this hat, and the first two bands were cut at the original size.  This hat is just a little bit bigger than the other one.  At this point, I'm not sure which one will fit better! 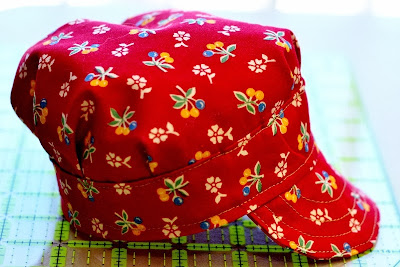 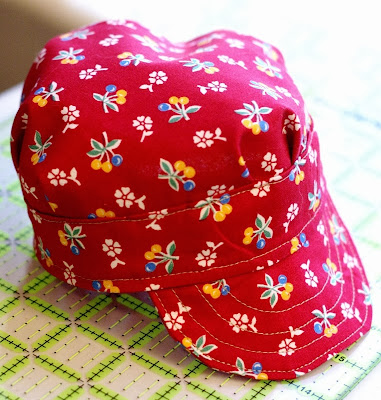 A second hat pattern, which is more like a sun hat, can be found here,but it was originally sized for toddlers with a 19" head circumference.  I really wanted to stick to about 15" for a newborn, so I used my math skills to figure out a new proportion and %.  After saving the pattern as a PDF, I printed it 80% of the original size.  That way, all the sizing was already done for me!  I also took a chance on this one and just used "good" fabric rather than doing a prototype first. 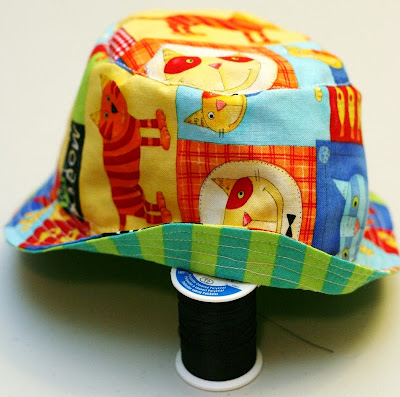 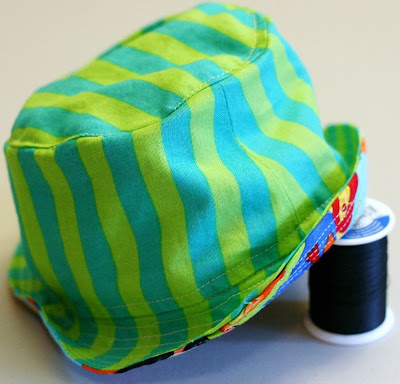 I also like how it turned out!  I might try one with a really big brim... that would be sooo darn cute and it wouldn't hardly change the pattern at all.  I would just change the width of the brim part. 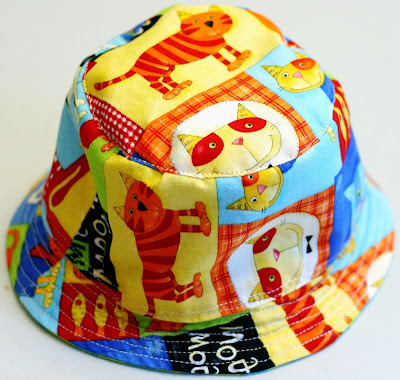 As a bonus, when the little guy outgrows it, I can always use it as a candy dish or popcorn bowl...(totally kidding, of course!) 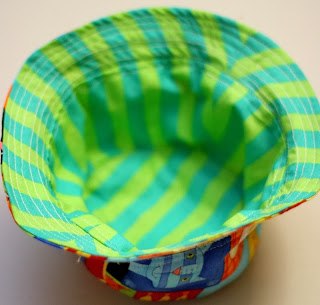 Good thing I have a few months left to prepare... I keep coming up with new things to make!  I want to make some bow-ties and ties, along with some booties... and there's 2 other hat patterns I also want to try!
Posted by Amanda Cutler at Monday, December 30, 2013
Labels: baby!
Newer Post Older Post Home