The legs on some of these animals end up really "splayed," as Amy Preckshot perfectly describes! 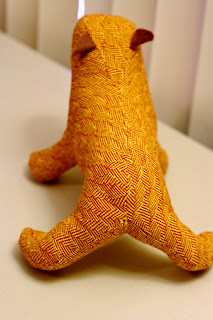 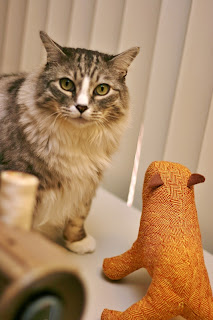 With a needle and a little thread, the legs can be pulled in a little bit and it makes a big difference. 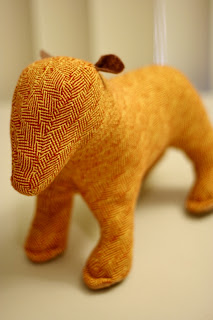 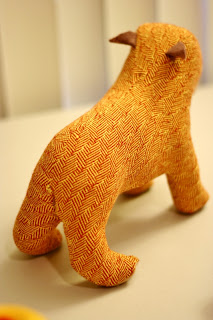 The mane was a lot of fun to make.  The first one was an epic failure, but I got the idea!  I think I can use parts and pieces of the first one on the tail ends. 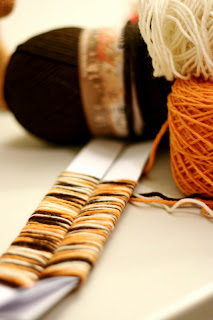 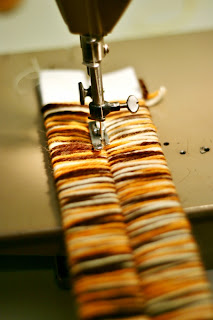 The trick with the mane is to cut one section and then fold it in half and sew it again.  Don't cut both sections thinking it will save time!  Yikes, I did that at first and the whole thing unsprung like a tightly placed spring! 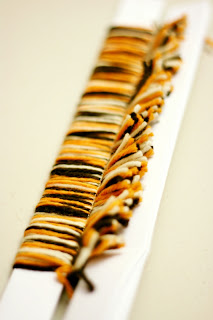 A little brushing is the magic to make it fluffy! 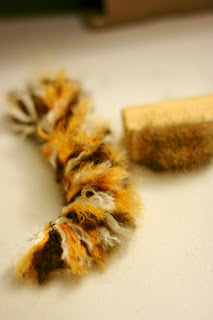 So cute!  It kind of reminds me of Cornucopia clown hair.  The ears are kind of covered up on this one, so next time I'll have to make them taller.  I think I'll also move them up to the highest point on the head. 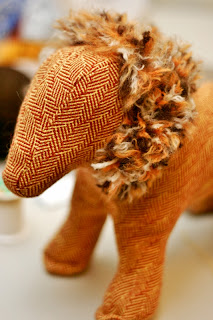 This was the second attempt at a tail.  The first one just wouldn't turn inside-out.  So I had to cut a new one.  I sewed closer to the edge and made it shorter.  I also left both ends open and then when I turned it, I kind of folded in the raw edges and stuffed some fluff into it and sewed it shut on the outside.  Sewing it on the outside was the best I could do! 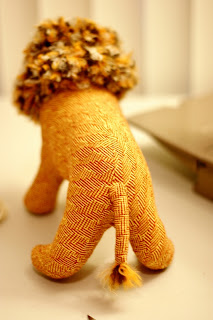 Almost done!  I just need to add a little more fluff to the forehead... it just looks so HUGE! 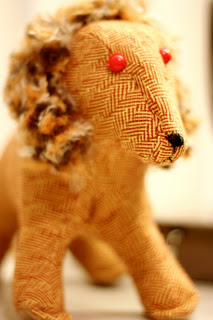 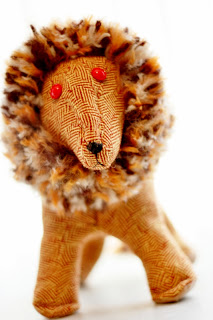 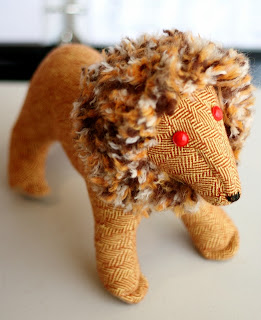 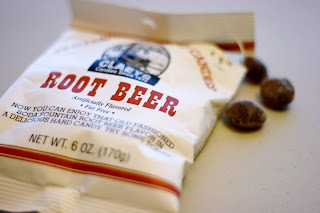 And now a blast from the past: Claeys candy that I found at Hobby Lobby and they bring back so many memories.  Yum!  I remember these candies from when I was a kid!  It kept my energy up for the day while making this lion! 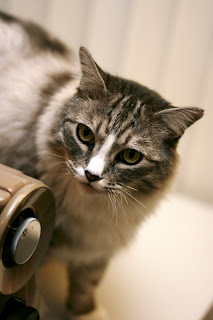 Lion facts:
·        Highly distinctive, the male lion is easily recognized by its mane, and its face is one of the most widely recognized animal symbols in human culture.
·        Lions are the only social cats, living in groups called prides.
·        Lion cubs have spots at birth that disappear with age.
Posted by Amanda Cutler at Thursday, March 15, 2012
Labels: lion, weaving a zoo
Newer Post Older Post Home